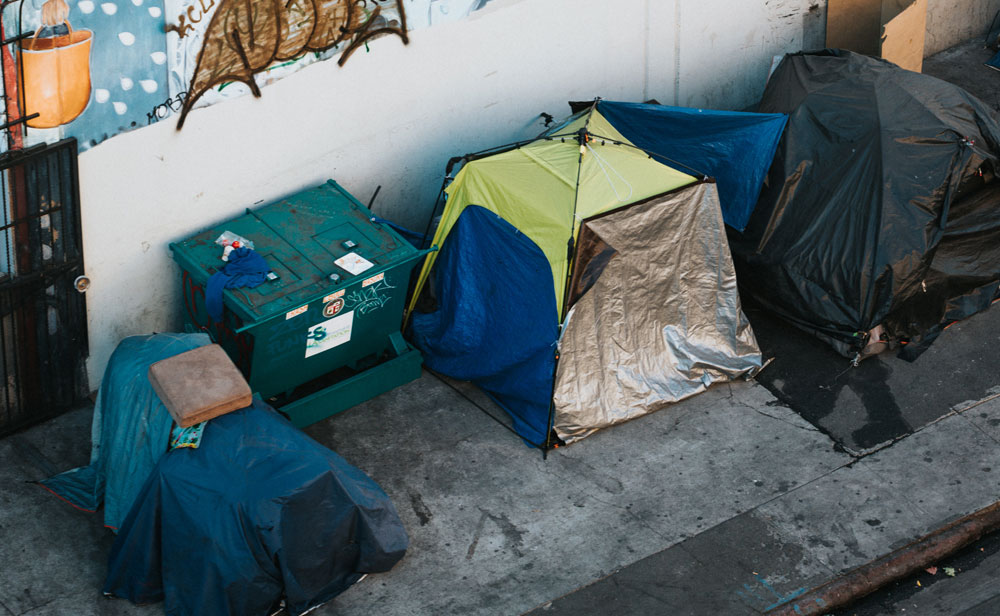 During COVID-19, municipalities across the country are struggling with a rise in homelessness. Edmonton is no stranger to this. The city has seen multiple tent-cities pop up, and an increase of homeless and home insecure individuals and families in all areas of the city. This rise can be partly attributed to the global pandemic and subsequent economic downturn exacerbating and magnifying an already under-addressed problem. Organizations and shelters like HOPE Mission, Bissell Centre, and Boyle Street work to address this challenge but need sustained, predictable, and increased support from all levels of government to alleviate homelessness and poverty while actively promoting root cause solutions, including housing first initiatives. A stronger focus on addressing these issues will allow for reallocation of funding from other services such as policing and allow these bodies to focus more of their attention on emergent police matters.

Housing in the city, province, and country has always been an issue for the most vulnerable--people pushed out of housing due to gentrification, rising housing costs, mental health issues, addictions, barriers to supports, and joblessness. This issue has only been exacerbated due to the pandemic and economic downturn. Governments at all levels need to have the will and plans in place to ensure more people aren’t falling through the cracks. Access to affordable housing ties in with many other issues including indigenous rights, homelessness, inter-municipal, provincial, and federal cooperation and coordination, neighbourhood safety and policing, healthcare, and neighbourhood rehabilitation. Identifying and understanding these connections and addressing their root causes will have the net benefit of a safer and more prosperous city altogether. Dealing with these problems proactively is usually much less costly than dealing with the consequences when they are ignored or only given token attention.

Tent Cities and Self Determination

In mid-2020, Edmonton saw its own self-governing tent-city set up in response to a lack of affordable housing, a growing homeless population, a desire for self-determination, and a need for reconciliation. Pekiwewin Camp, established in Edmonton’s Rossdale Community on sacred indigenous land was similar to many such camps, except that it was well-organized, with volunteers handling communications, food, administering medicine, and security. Pekiwewin eventually was closed by the city, relocating members to a temporary homeless shelter set up in the Edmonton Convention Centre. In Portland, Dignity Village started out much the same way but grew into a democratically self-governed community with transitional tiny houses, a board of directors, and a path to permanent housing, employment, and stability after a partnership with the City of Portland. Both of these approaches, initiated by those affected directly by homelessness, illustrate what many modern cities are facing. Portland appears to be working towards an effective solution while preserving the dignity of its homeless population while the other (Edmonton) still struggles with how best to respond.

Any plans to end homelessness, and house the homeless and housing insecure must include those affected in the decision-making and must develop and maintain the infrastructure that allows people to choose the path that best suits their needs and interests.

In many jurisdictions a housing first approach has led to positive change within homeless communities allowing those in these programs to tackle other issues like joblessness, substance abuse, and mental health issues once the housing instability has been addressed and a safe place to call home is acquired. These programs have a net benefit for those accessing them and the greater community. It costs considerably less to house clients first rather than have them utilize the shelter system hospital visits, emergency response resources, etc in addition to mental health and substance abuse issues that may need to be addressed as well. Studies find that these issues are better and more successfully addressed once an individual has secure housing.

Supervised Consumption Services are vital for those with substance use challenges. SCS helps to reduce harm from substance use and prevent overdose deaths. These services need sustained funding and advocacy. Edmonton currently maintains three services in the downtown core. Continued support for their operation is essential in order to ensure that those struggling with addiction have a safe place to address their issues, avoid harmful side-effects (including dirty needles) and be monitored for drug overdoses.

Having a plan in place

In addition to the above discussions on Housing First initiatives, Edmonton needs to look at implementing a combination of solutions. The City can continue to work towards more walkable and less car-dependent neighbourhoods designed around an easy to use, accessible, and healthy public transportation system. Population density can also increase in areas around a public transportation hub. Building affordable, publicly owned rental housing subsidized by the government and built by those in the trades already looking for work in a stagnant economy would begin to address the challenges posed by rampant unemployment. It would also help lay the groundwork for future economic activity, with taxpayers returning money to the economy and government by way of taxes.